Past Events and Reviews

A special performance by Coreen Scott & Friends of The Rosslyn Motet is to be presented on Friday 22nd April at 7.30 as part of a Candlelit Concert in the world renowned Rosslyn Chapel, famous for its secrets and mysteries including its connection to the Knights Templar and the Holy Grail. It was prominently featured in the bestselling novel and film The Da Vinci Code. The Chapel also holds a musical mystery in its architecture. 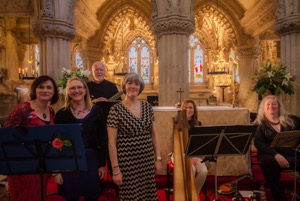 Among the many intricate stone carvings are a sequence of 213 cubes or “boxes” protruding from its pillars and arches. These show a selection of patterns. The father and son team of Thomas and Stuart Mitchell realised that these motifs formed patterns seen in the study of cymatics, a method by which patterns are formed when sand is vibrated on a steel plate at different frequencies. This is known as a chladni pattern. From their interpretation of the motifs the Mitchells have composed the beautiful Rosslyn Motet. (Stuart Mitchell is a well known composer and musicologist who has featured in Classic F.M’s Top Composer Hall of Fame for the last 14 years.)

The Motet will be sung by East Lothian vocal trio Coreen Scott, Jenny Swan and Christine Charles. The evening will also include a variety of traditional folk and french favourites musically accompanied by multi instrumentalist Andrew Brown of North Berwick and guitarist and vocalist Alasdair Morrison. Aislinn Faulker will play clarsach.

Beyond the Sea CD Reviews

“Beyond The Sea features Coreen Scott, usually associated with Scottish songs and in particular works by Robert Burns.  Here, the East Lothian/Edinburgh-based artist takes herself and her listeners off to other lands, with her take on works by people as diverse as Roger Taylor (yes, him of Queen); Christine McVie of Fleetwood Mac, Eric Bogle, Edith Piaf and Charles Trenet.  Themes range from the sea (Trenet’s La Mer) to a tribute to Nelson Mandela (Roger Taylor) and Island of Dreams by Tom Springfield.  Coreen is supported on this album by a powerful list of musicians: Jonny Gibbs, Gary Gilbert, Marcus Ford and Alasdair Morrison (guitars), Aislinn Faulkner (harp), Carole Melrose (double bass), Laure Paterson (violin), Bill Crook (moothie), and Jenny Swan and Christine Charles on backing vocals, along with Alasdair.  An eclectic collection, all faultlessly delivered with clarity and warmth, for a strangely comforting effect.”
The Scots Magazine

“Coreen Scott is based in East Lothian, near Edinburgh, and sings in the folk trio Laverock. She’s also a professional wedding singer, which means that she sings absolutely faultlessly for the 15 tracks of the CD Beyond The Sea with not a jot of controversy or discomfort between them – a bit like wedding muzak, although rather nice. ‘La Mer’, ‘La Vie En Rose’, ‘Briar And The Rose’, ‘Les Feuilles Mortes’ and Sandy Denny’s ‘Who Knows Where The Time Goes’ are hummable standards.”
FolkWales online mag

“Beyond the Sea is an album of songs from Scottish wedding singer Coreen Scott. On this her second album release she is joined by a large cast of supporting musicians. The songs are interpretations and covers of popular music in a mix of languages, namely English, French and Portuguese, and some folk numbers. The material covers a broad and eclectic range but as a result lacks perhaps a little cohesion as an album, being more a collection of good but separate songs.

La Mer is a beautifully breezy version, transporting the listener to a stylish French seaside getaway. Several more French songs are featured, while Portuguese songs such as Manha de Carnival are more emotional and again evocative.

The British folk tradition is visited in Briar and the Rose with more contemporary material in Bob Dylan’s To Make you Feel My Love and Songbird from Christine McVie, the latter being particularly well sung here. Throughout, the tone is light and positive, often bringing a smile to the listener’s face.

An entertaining album and great for a summer afternoon.”
Mike Hough – the bright young folk review

“Best recognised for her traditional Scottish songs, Coreen Scott has taken a turn, quite literally in another direction. Scott has travelled to France, England and Portugal to draw inspiration to create this wonderful album.

Listening to this album, I am taken on a journey with Coreen Scott, I particularly enjoy her interpretations of “To make you feel my love” which until this album I thought that it was originally by Adele. No, Scott’s version of Bob Dylans beautifully written song suits Scotts voice and I am glad its makes a appearance on her album.

If I am honest, I had never heard of Coreen Scott before. However after listening to this album I am sure to be listening to her previous records. I was also pleased to hear that Songbird by Fleetwood Mac was on this album. No matter what song she is covering on this album. Scott manages to take all of these songs and take stamp her own style on them. Here is where we notice the influences of other counties, such as Manha De Carnival a Portuguese song. Tracks such as these are a nice break from the rest of the songs, it’s a nice change.

This album that I am talking about is called Beyond The Sea, she takes us on her journey with her wonderful music. I like how Scott adds little stories to each of the song titles that are featured inside the album cover. It makes it more intimate, almost like every story is like a little snippet of her life. Almost that we are joining her on the adventure beyond the sea.”
Gemma Hirst – fatea-records.co.uk/magazine

Be you an experienced explorer or an armchair traveller, “Scott’s Abroad” (a neat take on the McCalmans Scottish folk song) is a wonderful musical journey of Scottish, traditional, contemporary and international songs. Read the full review.

Trad on the Tyne – Haddington

Coreen launched her new album ‘A Scottish Journey’ performing the songs along with all the musicians on the album, to a very full audience in the fabulous Great Hall of Lennoxlove.

Mother of All Burns

“It’s such a refreshing change to celebrate Burns by exploring one of the more fundamental influences of his life – his family. After all, if it weren’t for family, what are we? As part of the Homecoming Scotland 2009 festivities, members of The Grants Braes Burns Club of East Lothian have uniquely championed the 250th anniversary of Robert Burns with an inspiring tribute to “The Mother of All Burns” 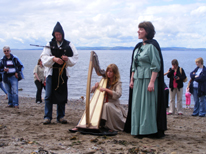 In July 2008, Coreen won a Prestoungrange Arts bursary award which was presented to her by Linda Fabianni, minister of culture, to work on bringing the many murals which reflect the rich history of Prestonpans, to life through music and drama. Working alongside the local people, here is a glimpse of her achievements which were presented during the murals trail in the festival June 2009. 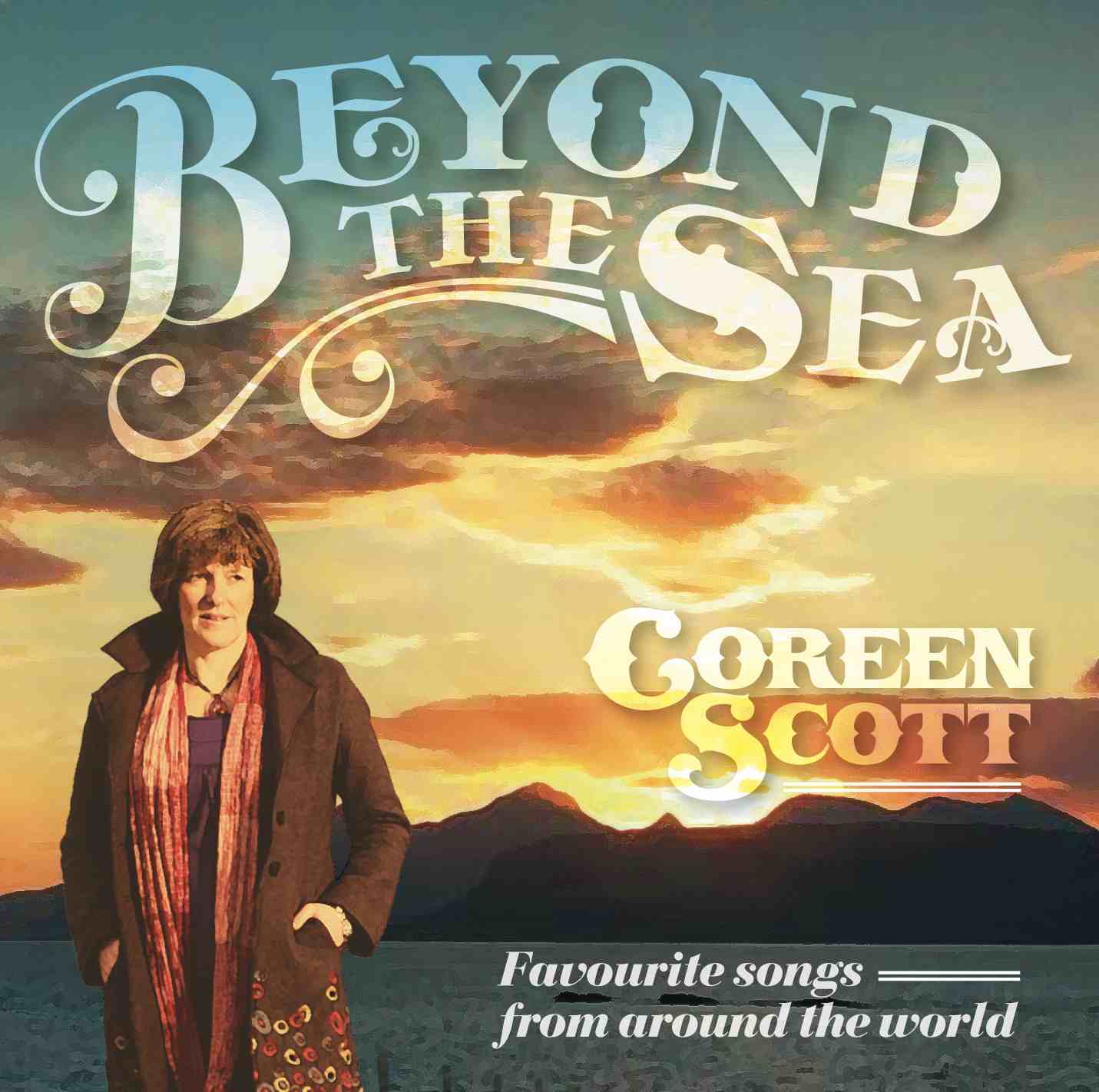