Songs will include those from her recent album which has received excellent reviews.

The Strength, character and adaptability of Coreen’s voice enables her to tackle a diverse collection of songs by Tom Waits, Bob Dylan, Eric Bogle, The Springfields and Edith Piaf and many others.  “Subtle, sympathetic and satisfying” ****R2 magazine

“An eclectic collection, all faultlessly delivered with clarity and warmth” The Scots Magazine

The evening includes a glass of wine and there will be invited overseas guests, decendants of The Cranston family, who are visiting Haddington to launch the book ‘The Thorn and The Thistle’ written by Stuart Pearson and Bob Mitchell.  There will also be a special appearance of the famous ‘Cranston Fiddle’ played by talented Sheila Sapkota of Riddle Fiddles

(The album includes Coreen’s version of Eric Bogle’s song ‘Shelter’ taken from her recent  album ‘Beyond The Sea’ which she will be singing during the evening.)

THE MOTHER OF ALL BURNS

The night will begin with BAFTA winner Andrew Dallmeyer’s play, The Mother of All Burns, featuring Anne Raitt as Rabbie’s mother, and will include the songs of Burns performed by singer Coreen Scott.  The evening will continue with a celebration of tradtional and contemporary scottish songs and music by Coreen Scott and Friends with special guest Alex Hodgson

Singing in Bayeux, Normandy at the opening exhibition of the Prestonpans Tapestry.  It will be on exhibit alongside the famous Bayeux tapestry until end of October.

Singing with Jenny Swan and Christine Charles and guitarist Sean Paul Newman, as part of Tim Porteous storytelling event.  This set of songs relates to the theme of war and its consequences.

‘Beyond The Sea is the new album from Scottish singer Coreen Scott. Singing in French, English and Portuguese, the album is a collection of songs from around the world. From the haunting melodies of Sandy Denny’s Who Knows Where the Time Goes and Tom Wait’s The Briar and the Rose to the thought-provoking lyrics of Weeping and the deceptively jaunty sound of Je ne veux pas travailler, Coreen’s voice soars above the beautiful instrumental melodies and tight-knit harmonies – there is something for everyone on this CD, including lovely interpretations of such classics as the Dylan’s To Make You Feel My Love, Piaf’s La vie en rose, and Christine McVie of Fleetwood Mac’s Songbird, but also the more rhythmic South African Weeping, the Portuguese Manha de carnival and the lovely French La mer.  A host of special guests appear on the album including jazz guitarist Marcus Ford accompanying Coreen on the Edith Piaf classic ‘La Vie En Rose’. The album was engineered by Ian McCalman. 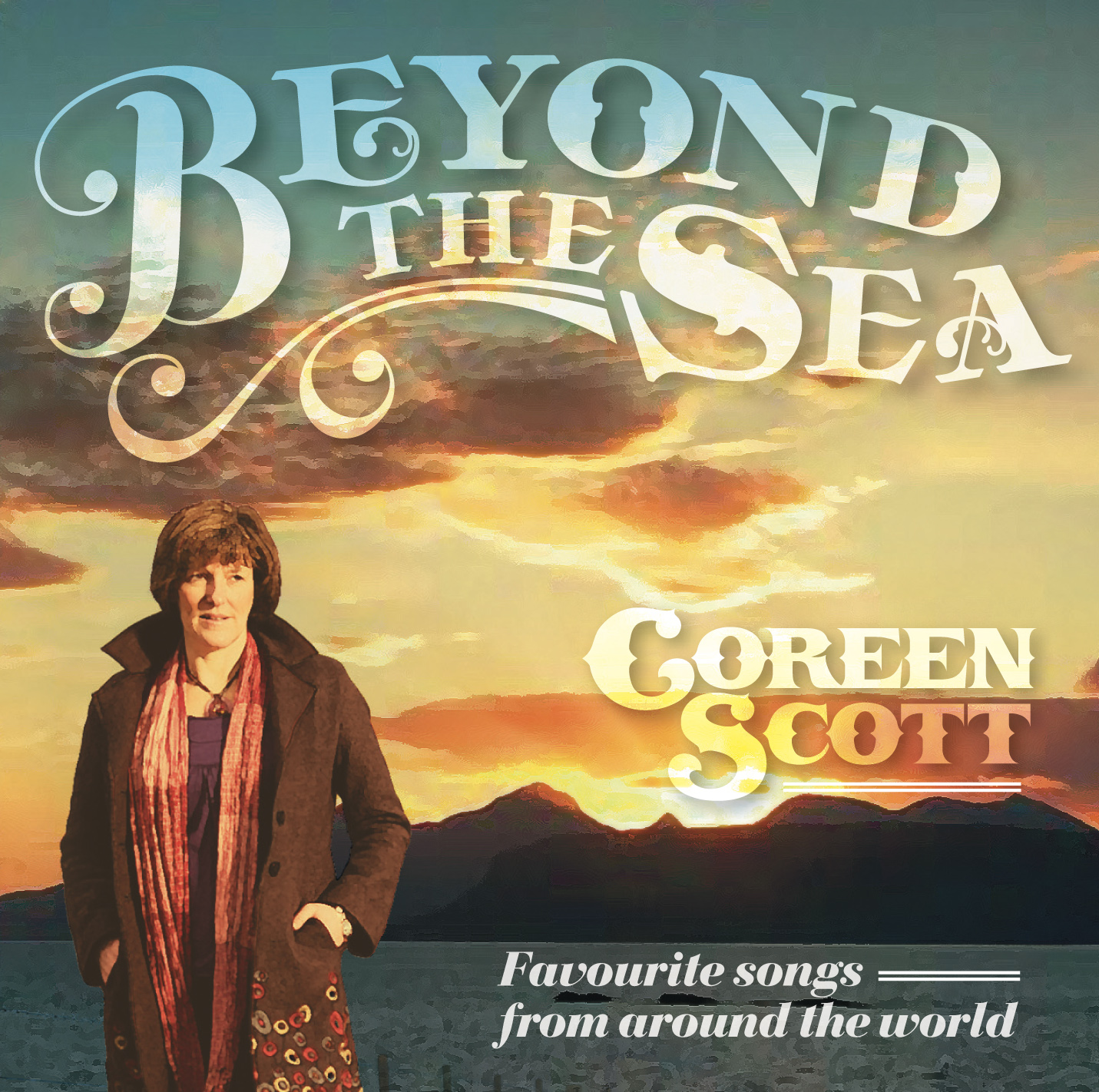